THE SSPX AND ANTI-SEMITISM 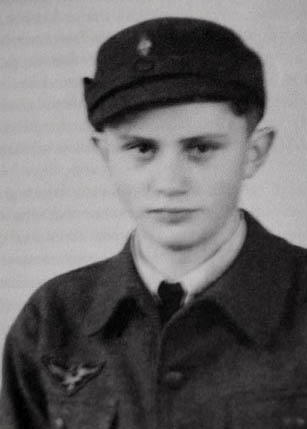 ﻿
Radical Powerhouse
The Society of St. Pius X, which has chapels and schools across the United States, remains a font of anti-Semitic propaganda.
by Heidi Beirich
The powerhouse organization of the radical traditionalist Catholic world is a sprawling international order called the Society of St. Pius X (SSPX), founded by the late French archbishop, Marcel-François Lefebvre, in 1970. Although there have been recent attempts by the Vatican to pull SSPX back into the Catholic mainstream, the organization, all of whose priests were excommunicated in the late 1980s, has continued to publish anti-Semitic materials, flirt with Holocaust denial and reject any reconciliation with the Catholic Church.
Lefebvre was always on the hard right. During World War II, he supported the pro-Nazi Vichy regime, a puppet government in the part of France not occupied by the Germans. He lamented the eventual liberation of the country, describing it as “the victory of Freemasonry against the Catholic order of Petain. It was the invasion of the barbarians without faith or law!”
Lefebvre later was on an advisory committee to the Second Vatican Council (1962-65), which enacted several liberalizing and modernizing reforms within the church. But the archbishop refused to sign the council’s final reports on religious liberty and the modern church, the first sign of a rebellion that would only grow in later years. In 1970, he founded SSPX as a seminary in Ecône, Switzerland.
In 1974, Lefebvre publicly denounced as heretical the Vatican II reforms and the subsequent adoption of the new Mass, celebrated in local languages instead of traditional Latin. As a result, Pope Paul VI ordered the archbishop to shut down his Swiss seminary. But Lefebvre refused to comply, leading the Vatican to suspend his right to perform priestly functions (a step short of excommunication) in 1976.
In 1988, Lefebvre took his most radical step yet, consecrating four bishops in defiance of the Vatican. Pope John Paul II responded by excommunicating Lefebvre and all SSPX priests, and declaring SSPX in formal schism with the church.
The following year, police arrested fugitive French war criminal Paul Touvier, who had been hidden for years by the order, at an SSPX monastery in Nice, France. Touvier was later convicted of ordering the execution of seven Jews in 1944.
Also in 1989, one of Lefebvre’s “bishops,” Englishman Richard Williamson, gave a speech to a Canadian church in which he decried the alleged persecution of Holocaust denier and neo-Nazi Ernst Zundel by the Canadian government. Williams, then rector of SSPX’s main North American seminary in Winona, Minn., told his audience: “There was not one Jew killed in the gas chambers. It was all lies, lies, lies.” The Canadian government reacted by banning all SSPX publications.
In the course of his struggle with the Vatican, Lefebvre became a hero to many, emerging as the world’s leading critic of church reforms ending the Latin Mass and reaching out to other religions. Already by the mid-1970s, priests ordained by the archbishop were starting chapels and seminaries in the United States. Today, SSPX’s American operation, headquartered in Kansas City, Kan., claims 103 chapels and 25 schools, in addition to Kansas City-based Angelus Press. Scholar Michael Cuneo has estimated SSPX has up to 30,000 U. S. adherents.
It is in The Angelus, published monthly by the SSPX press, and on SSPX’s website, that the radical anti-Semitism of the order is most evident today. One example now on the website is a 1997 Angelus article by SSPX priests Michael Crowdy and Kenneth Novak that calls for locking Jews into ghettos because “Jews are known to kill Christians.” It also blames Jews for the French Revolution, communism and capitalism; suggests a Judeo-Masonic conspiracy has destroyed the Catholic Church; and describes Judaism as “inimical to all nations.”
Another document reproduced on the SSPX’s current website is a 1959 letter from Lefebvre’s close friend, Bishop Gerald Sigaud, who also rejected the Vatican II reforms. “Money, the media, and international politics are for a large part in the hands of Jews,” Bishop Sigaud wrote. “Those who have revealed the atomic secrets of the USA were … all Jews. The founders of communism were Jews.”
The Angelus Press sells anti-Semitic tomes like Hilaire Beloc’s The Jews, which blames Jews for Bolshevism and corrupt financial practices, and Monsignor George Dillon’s Freemasonry Unmasked, which purports to explain a centuries-old Judeo-Masonic plot to destroy the Catholic Church. More recent SSPX publications include the 2005 pamphlet Time Bombs of the Second Vatican Council, by Franz Schmidberger, the former superior general of the SSPX. Schmidberger denounces Third World immigration into Western countries as “destroying our national identity and, furthermore, the whole of Christianity,” and accuses the Jews of deicide.
Other extremists published in the pages of The Angelus (and carried on the SSPX’s current website) include the late Father Denis Fahey; John Vennari, head of Catholic Family News (see profile, p. 29); and Robert Sungenis, the particularly virulent leader of Catholic Apologetics International (see profile, p. 28).
Through it all, SSPX denies all allegations of anti-Semitism.
But even some fellow radical traditionalists have accused SSPX of that and worse. Fidelity, a magazine run by hard-liner E. Michael Jones (see Culture Wars/Fidelity Press profile, p. 29), in 1992 charged a principal SSPX leader in Kansas City of Hitler worship and promoting Nazism to his students. Although the man accused by Fidelity hotly denied the charges, the students quoted by Jones stood by their allegations.
In recent months, Pope Benedict XVI has extended an olive branch to SSPX members, inviting them to return to the church. But the sect’s leaders rejected the suggestion outright. As a result, Benedict last September approved an institute for French priests who left the movement. The pope’s move marked the effective end to efforts by the Vatican to bring the SSPX sect back into the Catholic fold.
Intelligence Report
Winter 2007
http://www.romancatholicism.org/sspx-jews.htm
Posted by THE TRADITIONAL CATHOLIC FAITH at 14:15