Voici le texte...
Posted by THE TRADITIONAL CATHOLIC FAITH at 21:09 No comments: 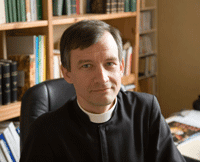 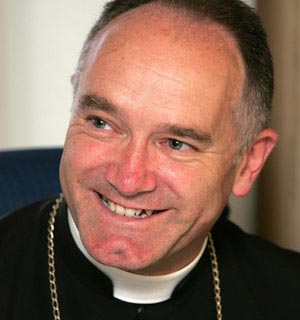 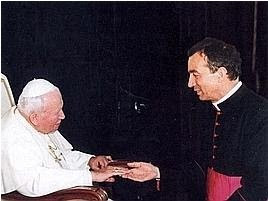 http://www.papanews.it/news.asp?IdNews=3500
Posted by THE TRADITIONAL CATHOLIC FAITH at 02:06 No comments:

Posted by THE TRADITIONAL CATHOLIC FAITH at 02:01 No comments:

ROME -- A high profile Vatican cleric suspended after he was shown on television making advances to a young man allegedly had a list of homosexual priests and bishops in the Roman Catholic Church's governing body, Italy's Panorama weekly reported Friday.

Father Tommaso Stenico, 60, had "a detailed dossier" of all the homosexual clerics at Vatican "with a list of names and circumstances implicating a certain number of priests and even bishops working at the Curia," Ignazio Ingrao, reporter for the conservative news weekly said.

Stenico also sent his superior Cardinal Claudio Hummes a report denouncing the moral degradation within the Curia, which could make the Vatican "tremble," Ingrao said.

According to Panorama, Stenico, who also worked for a Catholic television station Telepace and owns a white BMW car, also drew up the list out of resentment at having waited so long to be named a bishop.

A hidden camera in his office showed the priest, who worked in a Vatican department managing the 400,000 Roman Catholic priests around the world, declaring himself an "active homosexual" and making sexual advances to a young man.

On October 1, Italian television station La7 aired footage from the encounter showing the two men with their faces blurred.

Stenico argued he had been trapped and had falsely stated he was homosexual "in order to unmask those who really are."

Last week, the Vatican suspended the priest and opened an investigation.

Should Stenico be found guilty of homosexual activity, which the Roman Catholic church bans, he risks being defrocked.


http://newsinfo.inquirer.net/breakingnews/world/view/20071019-95567/Suspended_Catholic_cleric_has_Vatican_gay_list_--_report
Posted by THE TRADITIONAL CATHOLIC FAITH at 01:55 No comments: 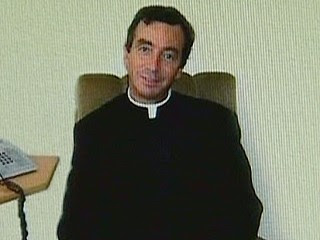 
Reportedly IDs Him as Priest Discussing Gay Issues on TV
29 comments Oct. 14, 2007
PrintRSSFont Size: Share:EmailTwitterFacebookMoreFarkTechnoratiGoogleLiveMy SpaceNewsvineRedditDeliciousMixxYahooMonsignor Tommaso Stenico has told the Associated Press that he is the Vatican official suspended after an elaborate sting conducted by a private Italian television network to expose gay priests.
This man, who claims to be the suspended priest, says he was conducting research on the spread of homosexuality through the clergy.
(ABC News)
The network hired a man to contact a handful of priests on the Internet and then secretly film their meetings.
Stenico was anonymous, but was reportedly identified by his voice and the appearance of his office in the background.
In one conversation, the priest identified as Stenico is reportedly heard on camera saying he doesn't believe homosexual sex is a sin.
There are no allegations that sex took place.
In an interview with the Rome daily La Repubblica, Stenico said he was only pretending to be gay as part of his work as a psychotherapist.
"It's all false. It was a trap," Stenico said. "I was a victim of my own attempts to contribute to cleaning up the church with my psychoanalyst work."
The Vatican moved quickly to suspend Stenico while it conducts its investigation. A Vatican spokesman said the case is being handled "with the utmost reserve."
Homosexual tendencies are not considered a sin in the Catholic Church, though homosexual sex is.
Homosexuality in the priesthood has not been a big issue in Europe, but Vatican reporter Marco Politi said that may be changing.
"Until now, the church has had to deal with this abroad, " he said. "Now, they have to face it inside Italy."
Jim Sciutto and Hanna Siegel contributed to this report.
http://abcnews.go.com/International/story?id=3728611
Posted by THE TRADITIONAL CATHOLIC FAITH at 01:49 No comments: