AMERICAN JESUIT TO BE CANONISED

Tuesday, October 19, 2010
American Jesuit's Process Of Canonization Continues
Fr. Walter Ciszek, S.J.
Born on Nov. 4, 1904, Fr. Walter Ciszek, S.J. entered the seminary and became the first American Byzantine Rite Jesuit priest in order to do missionary work in the former Soviet Union. Shortly after entering the Soviet Union from Poland under an assumed name in 1940, he was captured and accused of being a spy.
After spending five years in the infamous Lubianka Gulag in Moscow, he was sent to Siberia for a time in hard labor. Throughout the ordeal, however, he continued to celebrate Mass and hear confessions of the faithful at considerable personal risk. Overall, he spent 23 years in the Soviet Union.
When he was finally released in 1963 in a prisoner exchange between the U.S. and Soviet Union, he returned to his native parish, St. Casimir's in Shenandoah, to celebrate a Mass of Thanksgiving. Ciszek spent the last 21 years of his life working with the American family, clergy and religious communities through counseling and retreat work.
He wrote two books, "With God in Russia" and "He Leadeth Me," with co-author Rev. Daniel Flaherty, S.J. He died on Dec. 8, 1984, the Feast of the Immaculate Conception, and is buried at the Jesuit Novitiate in Wernersville.
It was announced after the Mass that the prayer league, based adjacent to St. Casimir Church at 231 N. Jardin St., was donating $5,000 to help the Diocese of Allentown defray the expenses associated with the promotion of the cause of canonization.
Link (here) to the full in depth article at The Republican Herald.
http://goodjesuitbadjesuit.blogspot.com/2010/10/american-jesuits-process-of.html
Posted by THE TRADITIONAL CATHOLIC FAITH at 12:10 No comments: Links to this post 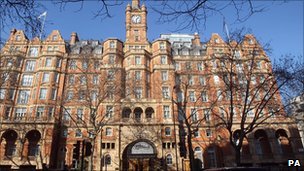 The couple stayed for almost a month at the Landmark Hotel in London A Saudi prince has been convicted of murdering his manservant, who was found beaten to death in bed at a plush London hotel. The defendant spent most of the trial trying to prove he was not gay. Why?
Before his trial began at the Old Bailey, Prince Saud bin Abdulaziz bin Nasir al Saud made strenuous efforts to keep the question of his homosexuality secret. 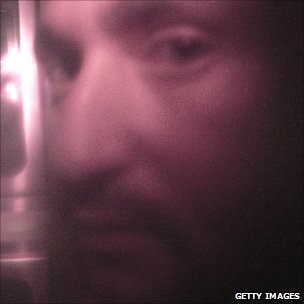 The 34-year-old prince admitted he had assaulted his manservant, Bandar Abdulaziz, but denied murder.
His barrister, John Kelsey-Fry QC, argued the question of sexuality was irrelevant to the case and pointed out homosexual acts were a "mortal sin" under Islamic sharia law.
Mr Kelsey-Fry said if the prince was outed as a homosexual he could face execution in his native Saudi Arabia.
Jonathan Laidlaw QC, prosecuting, argued that if he was convicted and recommended for deportation after serving his sentence he would be able to claim asylum in Britain by arguing that his life was in danger, whether or not he actually was gay.
He said it was not for a defendant "to edit the prosecution evidence". 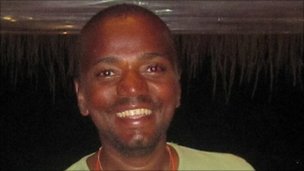 Bandar Abdulaziz was an orphan Christoph Wilcke, a Saudi Arabia expert with Human Rights Watch, said homosexuals had in the past been executed but it was usually for rape and he said a prince would be immune from court action.
When the trial began Mr Kelsey-Fry went to great lengths to stress his client denied he was gay.
But a string of witnesses suggested otherwise.
A hotel porter Dobromir Dimitrov, himself homosexual, said: "I would describe them as a gay couple."
But Mr Kelsey-Fry, cross examining Mr Dimitrov, told him: "It is not accepted that this was in fact a gay couple - but I readily accept that you had the impression they were a gay couple."
Two male escorts, Pablo Silva and Louis Szikora, also gave evidence they had performed sex acts on the prince.
Naked photos
Although the prince never gave evidence, during police interviews he insisted he was heterosexual and had a girlfriend in Saudi Arabia.
But Mr Laidlaw said this was a lie: "The defendant's keeping back of his homosexuality might in other circumstances, because of the cultural background perhaps, be explained away by embarrassment, or indeed, fear.
"But the defendant's concealing of the sexual aspect to his abuse of the victim was, we will argue, for altogether more sinister reasons."
When he was found in the bed in Room 312 of the Landmark Hotel in central London the victim had bite marks on his cheeks. The police also found naked photographs of him on the prince's mobile
All this, suggested Mr Laidlaw, suggested a "sexual element" to the abuse which led to the victim's death.
His royal heritage could not save the prince from British justice The prince, whose mother was one of 50 children of the late King Saud, paid for his 32-year-old manservant to fly around the world and stay in the best hotels.
Together in London they went shopping, dined in the best restaurants and drank champagne and cocktails in swanky nightclubs.
They shared a bed but the prince frequently subjected his manservant to violent attacks, such as the beating which was captured on the CCTV camera in a hotel lift three weeks before Bandar Abdulaziz's death.
In the footage the victim makes no attempt to fight back and afterwards walks meekly after his master like a scolded dog.
Professor Gregory Gause, a Saudi Arabia expert, said: "Homosexuality is considered extremely shameful in Saudi Arabia and there is not a publicly acknowledged homosexual community.
"It's still closeted. But, for young Saudi men, contact with the opposite sex is extremely difficult so there might be a temptation to experiment before marriage," said Prof Gause, from the University of Vermont.
He said about 5,000 Saudi princes get a yearly stipend of about $200,000 (£126,000), but some were "fabulously wealthy".
Lift assault
An insight into the prince's bashfulness about his homosexuality was given by one of the escorts, Mr Szikora, who described visiting the prince for a two-hour "erotic" session three days before the murder.
He said: "The man I met ultimately did want sexual massage but it is like mixing Nigel Havers with Omar Sharif. You have to build some rapport.
"Middle Eastern gentlemen, they are not as open about what they want as people in the West." 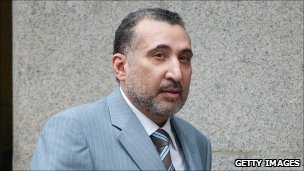 The prince's father, Prince Abdulaziz, attended his son's trial at the Old Bailey
Whatever the exact relationship between the prince and his manservant, when he overstepped the mark, with his beatings, and inflicted fatal injuries on Bandar he tried to conceal it by concocting a cover story.
He claimed his manservant had been beaten up and robbed of 3,000 euros in Edgware Road three weeks before, and suggested those injuries must have led to his death.
His lies were exposed by the post mortem, which showed the injuries were fresh, and by CCTV footage in the lift, which showed it was the prince who inflicted those earlier injuries.
He later admitted causing the injuries which led to his death.
Now he faces a long spell in a British jail before being deported back to Saudi Arabia.
But Mr Wilcke said: "Irrespective of the court verdict his humiliation has already taken place. A family council will have been held and he will probably have his money cut off."
This CCTV footage taken inside the hotel's lift exposed the prince's lies and proved he had been ill-treating his manservant
By Chris Summers
BBC News
http://www.bbc.co.uk/news/uk-11492867
Posted by THE TRADITIONAL CATHOLIC FAITH at 12:02 No comments: Links to this post