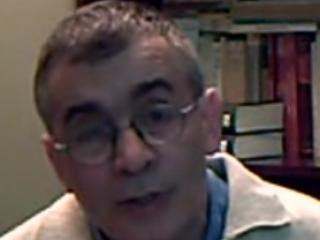 Posted by THE TRADITIONAL CATHOLIC FAITH at 21:41 No comments: Links to this post 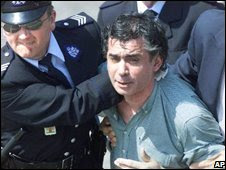 Juan Maria Krohn being arrested after another failure attack on the King of Spain in Brussells
Film breaks usual Vatican secrecy
AdvertisementFootage of the 1982 attack
By David Willey
BBC News, Rome
Previously unpublished details of an assassination attempt on the late Pope John Paul II in Portugal in 1982 have been revealed in a film based on the memoirs of the Pope's former private secretary.
In the film, due to be shown at the Vatican this week, the late Pope's aide Cardinal Stanislaw Dziwisz tells how a deranged priest drew blood when he tried to kill John Paul with a bayonet during a religious ceremony at the Fatima shrine.
Cardinal Dziwisz served as John Paul's private secretary for nearly 40 years, including all his 27 years as Pope, and is the cardinal of Krakow in Poland.
I was covering the event for the BBC from Portugal at the time of the attack, and reported immediately from Lisbon the rumours that there had been another attempt on the Pope's life.
It came exactly a year after a Turkish gunman, Mehmet Ali Agca, had shot and wounded the pope in Saint Peter's Square in Rome.
Attack denied
But that same evening, the Vatican formally denied there had been another assassination attempt.
The following day, Portuguese television broadcast footage of the attack.
It was carried out by a mentally unbalanced Spanish priest who was arrested after being jumped on by the Pope's bodyguard, Archbishop Paul Marcinkus.
Archbishop Marcinkus laughed this off when I asked him what had happened.
"You can't always believe what you see on television," he told me.
The Pope continued his trip without disclosing his wound.
Juan Maria Fernandez y Krohn was jailed for more than six years
The priest who carried out the attack, Juan Maria Fernandez y Krohn, was later tried and sentenced to over six years' imprisonment for his crime. He was then expelled from Portugal.
The Vatican has always been secretive about the health of a reigning pope, although the huge increase in media interest in Vatican affairs as a result of the long reign and foreign travels of John Paul II - which lasted more than a quarter of a century - has led to slightly greater transparency than in previous centuries.
The assassination attempt by Ali Agca in May 1981, which led to many months of hospitalisation for John Paul, took place in the full glare of international publicity.
The Pope was being driven through Saint Peter's Square in his Popemobile when he was shot.
Pope John Paul was rarely reticent about his subsequent health problems caused by the Turkish gunman, and once announced directly to the crowds in Saint Peter's Square that he was going into hospital for a check-up.
But the officials of the Vatican Press Office have always been excessively discreet about providing information about the pontiff's state of health.
Long decline
During the reign of Pope Paul VI, the only information that used to be given to the media was that the Pope was in good health - until he was actually dying.
The long, drawn-out decline in health and final illness of Pope John Paul II was evident to everyone.
During his final weeks, the Pope became unable to speak after a tracheotomy operation and struggled to say just a few words from the window of his private study overlooking Saint Peter's Square.


Security considerations in recent decades since the rise in terrorist threats against well-known international personalities also play a part in leading the Vatican Press Office to minimise the personal details it gives out about the pope's movements and his state of health.
Pope John Paul was hospitalised after being shot in Rome
Basically, the Vatican exercises strict control over news on practically everything that goes on inside the tiny city state.
When the commander of the Swiss Guard, the Pope's private army, was shot dead in 1998 inside his private Vatican apartment with his wife by a member of the Guard who then took his own life, very little information filtered out either at the time of the crime, or subsequently.
The Vatican's former official spokesman Joaquin Navarro Valls took pride, he once told me, in the fact that he believed about 80% of news about the Vatican published in the world's media came through his office.
Damage control, rather than public information, still seem to be the watchwords at the premises in the Via della Conciliazione just next to Saint Peter's Square, which houses the Vatican Press Office.
Here, accredited correspondents like myself have to swipe a personal identity card to gain admission and are subjected to strict rules about embargoes of papal speeches whose texts are issued in advance.
And enquiries about most subjects are usually answered with the Italian words "non risulta" - "we have no information".
http://news.bbc.co.uk/2/hi/europe/7674020.stm
Posted by THE TRADITIONAL CATHOLIC FAITH at 21:29 No comments: Links to this post 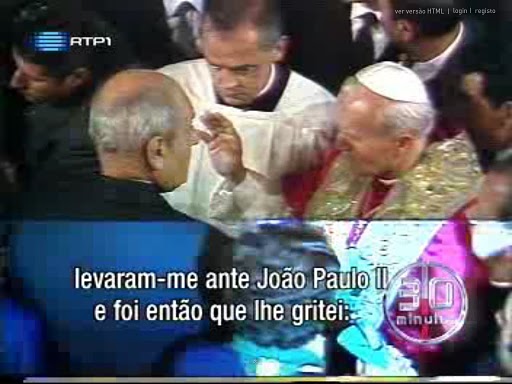 Juan Fernandez Krohn lunged at John Paul with a bayonet in 1982 during a ceremony in the shrine of Fatima in Portugal. (Inacio Ludgero-Visao/Reuters) The late Pope John Paul II was wounded in a 1982 knife attack a year after an assassination attempt, but kept the injury secret, a top aide to the pontiff has revealed in a new documentary film.

The attack occurred on May 12, 1982, when Juan Fernandez Krohn lunged at John Paul with a bayonet during a ceremony in the shrine of Fatima in Portugal.

John Paul went to the shrine to give thanks for surviving a gunshot wound from Turkish gunman Mehmet Ali Agca in St. Peter's Square on May 13, 1981.

The Pope's bodyguards immediately tackled and arrested Krohn, an ultra-conservative priest from Spain.

In the film Testimony, which was to be aired Thursday night in the Vatican, Cardinal Stanislaw Dziwisz reveals that the pope was cut in the attack, but continued on his trip without disclosing the injury.

"I can now reveal that the Holy Father was wounded. When we got back to the room [in the Fatima sanctuary complex] there was blood," Dziwisz says in the documentary.

The film is a combination of documentary footage and recreations of scenes from life of the Pope, who was born Karol Wojtyla. It is based on the memoirs of Dziwisz, who served at the Pope's side for almost 40 years and is now the archbishop of Krakow.

Krohn was expelled from Portugal in 1985 after serving half of a six-year jail sentence. He was later sentenced to four months in prison in Belgium for resisting arrest after breaching security and approaching Spain's King Juan Carlos and Queen Sofia during a royal visit to the country in May 2000.

Krohn was acquitted of a separate charge of setting fire to the Brussels headquarters of Basque separatist group Herri Batasuna in 1996.

Read more: http://www.cbc.ca/world/story/2008/10/16/pope-attack.html#ixzz0yPEOq7rq
Posted by THE TRADITIONAL CATHOLIC FAITH at 21:27 No comments: Links to this post 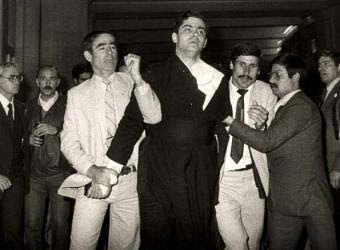 http://www.elpais.com/articulo/sociedad/ultimo/misterio/Fatima/elpepisoc/20081016elpepisoc_6/Tes
Posted by THE TRADITIONAL CATHOLIC FAITH at 21:25 No comments: Links to this post 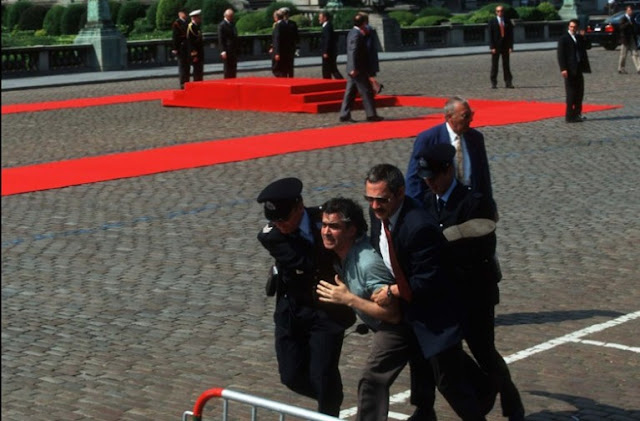 http://alphapress.photoshelter.com/image/I00003P098rsqDvk
Posted by THE TRADITIONAL CATHOLIC FAITH at 21:16 No comments: Links to this post 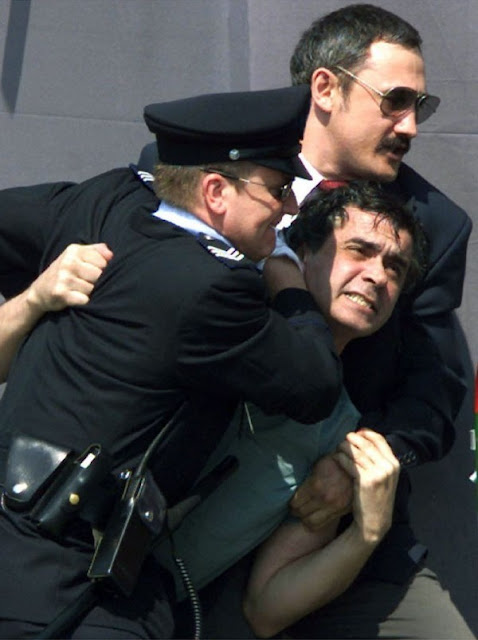 http://archives.lesoir.be/justice-prison-ferme-contre-fernandez-krohn-il-avait-bo_t-20020427-Z0LRRG.html
Posted by THE TRADITIONAL CATHOLIC FAITH at 21:14 No comments: Links to this post 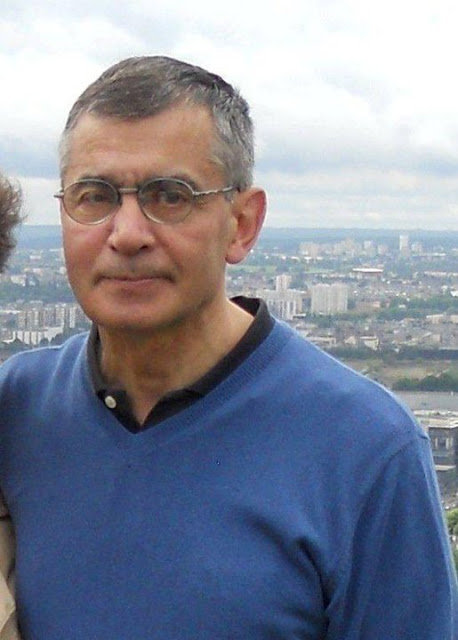 http://archives.lesoir.be/il-y-a-dix-huit-ans-juan-maria-fernandez-krohn-avait-te_t-20000513-Z0J70F.html
Posted by THE TRADITIONAL CATHOLIC FAITH at 21:14 No comments: Links to this post 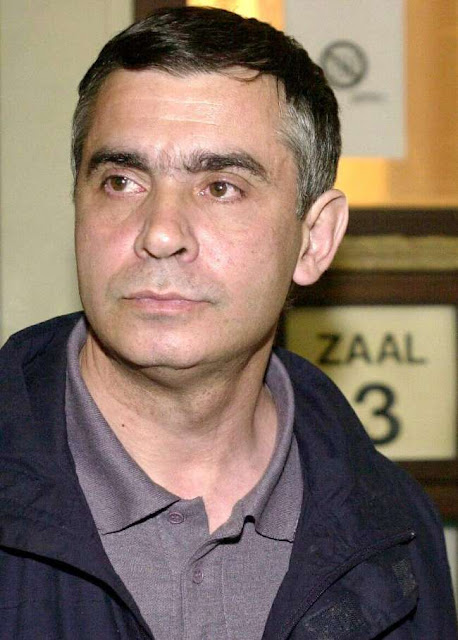 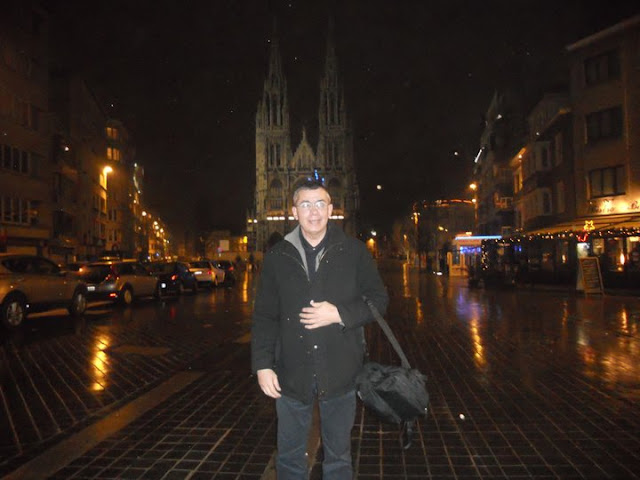 http://archives.lesoir.be/juan-fernandez-krohn-avait-voulu-tuer-le-pape-au-portug_t-19930616-Z06WHA.html
Posted by THE TRADITIONAL CATHOLIC FAITH at 21:11 No comments: Links to this post 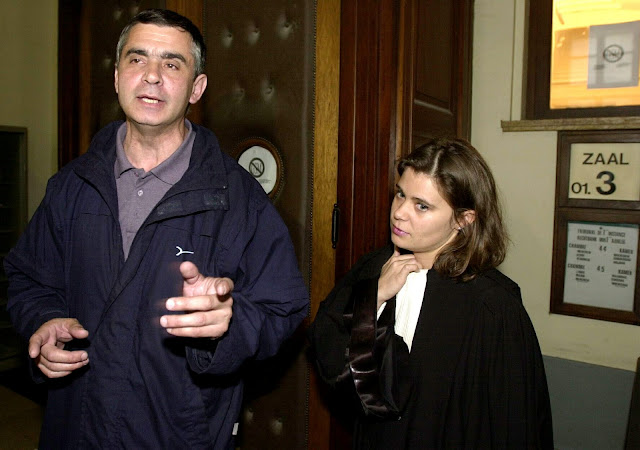 http://archives.lesoir.be/il-y-a-dix-huit-ans-juan-maria-fernandez-krohn-avait-te_t-20000513-Z0J70F.html
Posted by THE TRADITIONAL CATHOLIC FAITH at 21:10 No comments: Links to this post

Posted by THE TRADITIONAL CATHOLIC FAITH at 20:58 No comments: Links to this post

Posted by THE TRADITIONAL CATHOLIC FAITH at 20:48 No comments: Links to this post 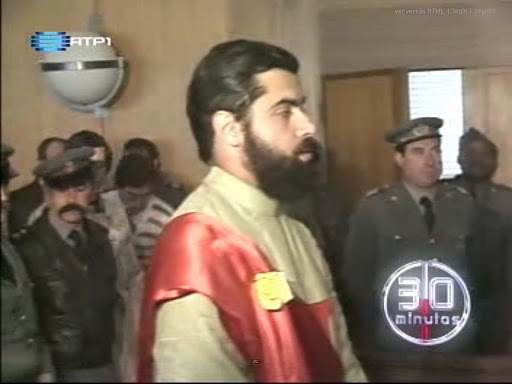