Posted by THE TRADITIONAL CATHOLIC FAITH at 17:44 No comments:

THE LEGIONARIES OF CHRIST AT CRITICAL POINT 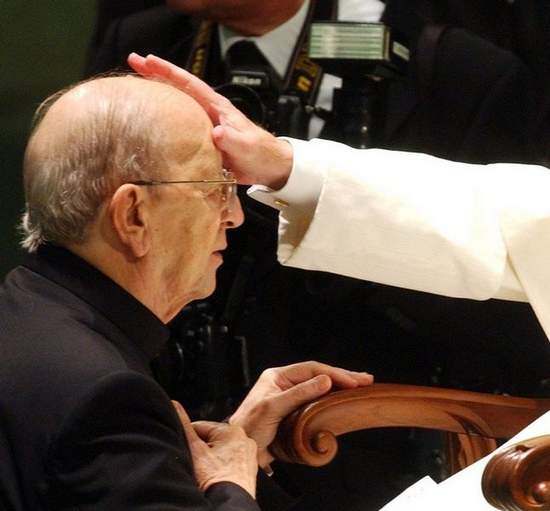 The late Pope John Paul II blesses the Rev. Marcial Maciel at Vatican City in November 2004.
(Photo by Plinio Lepri)
As the Vatican begins an unprecedented investigation into the Legionaries of Christ, a once-powerful religious order whose late founder has been discredited for living a "double life," it remains to be seen how the order's local operations will be affected.

Lawyers for the Legion recently notified the town of Mount Pleasant that plans for a university in Thornwood will likely be scaled back.
In addition, the order hopes to expand activities at a retreat center in New Castle after last year withdrawing decade-old plans for a seminary.
Still, it is hard to know how the urgent and potentially debilitating challenges facing the Legion, an order known for its secrecy, might be coloring its day-to-day operations.
"I suspect they are scrambling to do anything that makes them look mainstream and not cultish," said Jason Berry, a New Orleans-based writer who first made public in 1997 accusations that former seminarians were sexually abused by the Rev. Marcial Maciel, who founded the Legion in Mexico in 1941.
Pope John Paul II, a strong supporter of Maciel and the Legion, would not address the allegations. But in May 2006, 13 months after the election of Pope Benedict XVI, the Vatican announced Maciel would lead a "life of prayer and penance, renouncing every public ministry." Maciel died in January 2008.
Then early this year, word began to spread that the Legion had discovered Maciel fathered a child and led something of a double life. The Vatican announced it would begin a rare "apostolic visitation" on July 15 - assigning five bishops to investigate the Legion's worldwide operations.
Denver Archbishop Charles Chaput will look into the Legion's U.S. operations, based out of Cheshire, Conn.
At stake is the future of the Legion, which runs 150 schools and a dozen universities in nearly 20 countries, and its affiliated group for lay Catholics, Regnum Christi.
The Rev. Thomas Berg, a former Legion priest who was based at a Legion seminary in Thornwood before leaving in April to become a priest of the Archdiocese of New York, said Maciel's misdeeds have caused incalculable damage to the Catholic Church. The Vatican's investigation will have to produce some sort of explanation, he said.
"Given the magnitude of its impact and its unprecedented nature, it would be unthinkable for the Holy See, much less the Legion of Christ itself, to fail to communicate eventually some explanation for how this could have all transpired," said Berg, who runs the Westchester Institute for Ethics & the Human Person. "But realistically, it is going to take a long time to get to the bottom of all this, and given the complexity of the matter, any eventual explanation might only be partial at best."
Growing attention
The average Catholic layperson may never have heard of the Legion. But the order has received attention in recent decades for its success at attracting vocations to the priesthood, raising money and generally increasing its influence in the church.
The Legion owns Zenit, a popular Catholic news service, and, since the mid-1990s, the National Catholic Register, the oldest Catholic newspaper in the U.S.
At the same time, several Catholic bishops have in recent years suspended or restricted Legion activities in their dioceses, often citing the order's aggressiveness in recruiting seminarians.
Today, it's unclear how the Maciel scandal and the apostolic visitation are affecting the Legion's activities. Even George Weigel, a prominent Catholic scholar who called in February for the Legion to be put into "receivership" - with a papal delegate to oversee it - said he hasn't "a clue" about the order's current operations.
In February, former Legion spokesman Jay Dunlap wrote on a blog that the Vatican faced the task of "trying to keep numerous Legionary institutions from collapsing."
But Jim Fair, now the national spokesman for the Legion, wrote in an e-mail: "Frankly, Legionaries are going about their work to bring more souls to Christ. Day-to-day work continues as normal and we expect that to continue."
On July 16, the Legion and Southern Catholic College, a 240-student college in Dawsonville, Ga., announced that Southern Catholic is becoming a Legion institution.
Fair did not want to answer additional questions.
Development issues
In Westchester, the Legion has struggled since the mid-1990s to develop expensive plots of land, slowed by local planning requirements and court battles.
In 1996, the order bought a two-parcel, 264-acre property in Thornwood from IBM for $33.5 million. The Legion runs a seminary on one 97-acre parcel, and the town of Mount Pleasant went to court to keep the property on the tax rolls. But the Legion ultimately prevailed, and the town had to pay it a tax refund in 2007 of some $8 million.
In 2003, the Legion announced plans to build a liberal arts university on the larger 165-acre parcel, which had also been the subject of a court battle over taxes. But planning for the college has been slow. A May 22 letter to the town said the Legion is re-evaluating the scope of the project due to the "economic crisis and other factors beyond (the Legion's) control."
"It looks like things are on hold for the moment," town Supervisor Robert Meehan said.
In 1994, the Legion bought a 98-acre New Castle estate for $3.1 million. The Legion made plans to build a seminary, canceled the plans, then went back to them. In July 2008, the order again withdrew the application. A July 8 letter to the town says the Legion now wants great flexibility to hold religious activities at a retreat center there.
"It's been an interesting ride all these years," said Sharon Greene, a resident who has organized neighborhood opposition to expanded use of the property. "They have changed their plans a number of times."
The Rev. Richard Gill, who directs the Our Lady of Mount Kisco Retreat Center there, declined to comment. In a statement in February, Gill apologized for having defended Maciel against his accusers.
Berry, who co-wrote 2004's "Vows of Silence" a book detailing accusations of abuse against Maciel, last year produced a DVD of the same name that advanced the story. He suspects there is a power struggle in the Vatican over how aggressively to investigate and sanction the Legionaries of Christ.
"There is no precedent for this in the modern church," he said.
By Gary Stern
Journal News
August 2, 2009

BISHOP ACCOUNTABILITY
Posted by THE TRADITIONAL CATHOLIC FAITH at 12:35 No comments: 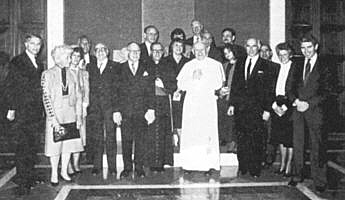 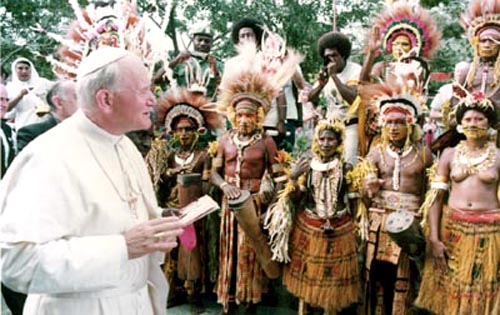 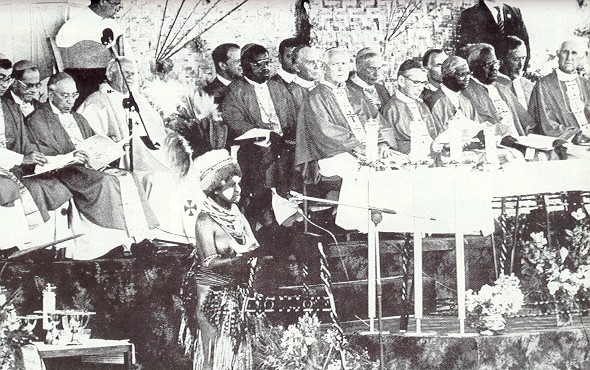 http://www.deceptioninthechurch.com/jp2.htm
Posted by THE TRADITIONAL CATHOLIC FAITH at 10:27 No comments: