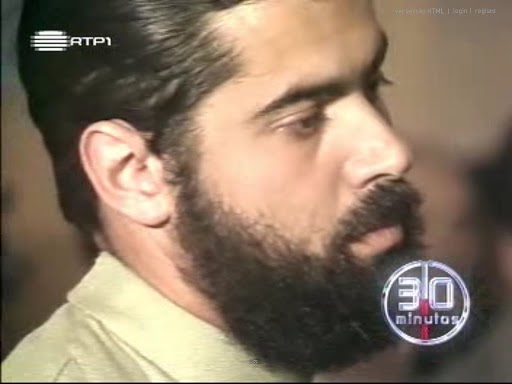 Juan Fernandez Krohn, “Papal Assassin,” and SSPX
The recent revelation by Cardinal Dziwisz that John Paul II was actually wounded during an attempt on his life at Fatima in May 1982 raised a number of questions in the blogsphere about the would-be assassin, the Rev. Juan Fernandez Krohn, and about Fr. Krohn’s relationship with Archbishop Marcel Lefebvre’s Society of St. Pius X (SSPX).
It has been said, variously, that Fr. Krohn was not affiliated with or active in SSPX at the time of the assassination attempt, that he was only in SSPX for a short time, that he was a sedevacantist, that he had been expelled from SSPX, that he was part of the Vatican II church at the time of the attack, etc.
For the record, here are a few of my observations:
During the years 1975-77, I was at the SSPX seminary in Ecône, Switzerland, and Juan Fernandez Krohn lived a few doors down the hall from me. He was ordained the year after me, in 1978.
He was a pleasant enough fellow (if a bit tightly wound), belonged to the hard-liner faction (as did I), and was known among the English-speakers as “JFK.” To those of us hard-liners who were occasionally given to making clever remarks (I will name no names here…) he once famously said: Soyez serieux! La situation est grave! (Be serious. The situation is grave.)
As a seminarian, Bishop Daniel Dolan was part of the same hard-liner faction. Of Juan Fernandez, he always says, “He had no sense of humor.”
JFK was also rather clumsy, which caused him to make a memorable debut as thurifer. This probably also explains why he only succeeded in wounding John Paul II with the bayonet.
Anyone who personally knew an assassin is expected to recount an anecdote to prove how weird the fellow was. The only one I can come up with for JFK is this: He took a shower every day — but that was weird only because most seminarians at Ecône were French.
On the day the assassination attempt took place, I was still a member of the Society of St. Pius X, and resided at its Northeast District headquarters at Oyster Bay Cove, New York. When the news arrived, I was suddenly confronted with the difficult task of figuring out what in the world to say to the press.
I phoned Fr. Denis Roch, the SSPX Bursar General, to ask about what Fernandez’s status was with SSPX. Fr. Roch assured me that even though Fr. Fernandez had been ordained by Archbishop Lefebvre, he was NOT affiliated with the Society and had been expelled.
I immediately prepared a press release based on this information, and promptly drove in to New York City to deliver it to the offices of The New York Times. So, even decades later, whenever the story of the May 1982 assassination attempt pops up in the U.S. press, so does the “fact” that Fr. Fernandez had been expelled from SSPX, and that was no longer affiliated with the organization at the time of the attempt.
Several months later, however, some priestly colleagues in France sent me evidence that the story I had been given by Fr. Roch and passed along to the Times was a fabrication. The Sunday before the assassination attempt, Fr. Fernandez’s name was listed on the masthead of the bulletin for an SSPX priory in France, where (it turned out) he had lived and engaged in priestly ministry.
The day he departed for Fatima to assassinate John Paul II, Fr. Fernandez left a note for the local SSPX superior saying simply that he would not be back for dinner.
The fig-leaf for the story that Fr. Fernandez was no longer a member of SSPX, I learned, was based on the notion that his “engagement” with the Society had “voluntarily terminated” on December 8, 1980. (This was also in one of the documents SSPX later produced during our litigation with them.) My informants from France, however, said that SSPX had done this “retroactively” to save face.
Juan Fernandez Krohn, obviously, had developed some deep personal problems. But it always struck me as singularly heartless that his fellow priests engaged in such an elaborate ruse in order to disavow any connection with him for the sake of public relations.
This was written by Rev. Anthony Cekada. Posted on Sunday, October 19, 2008, at 4:47 pm. Filed under SSPX: Misc, Trad Controversies.
Read comments on this article here
http://www.traditionalmass.org/blog/2008/10/19/juan-fernandez-krohn-papal-assassin-and-sspx/
Posted by THE TRADITIONAL CATHOLIC FAITH at 21:47